What are the 2 main reasons behind the Lira crash?

How do the central bank’s Interest rates affect the currency?

Let’s imagine that you want to take a loan to start a business and you go to the bank to request a loan and the interest rate of the bank is much more which you can’t pay back then you may not take the loan but if the bank’s Interest rate is lower and you can pay back to the bank then it is easy to get the Money. That is what happens in Turkey.

Turkish central bank cut the interest rate for the loan so that more people can get the loan money and start a new business.

When a central bank lowers interest rates, money generally becomes less expensive to borrow and therefore less valuable relative to other currencies. This is the main reason why the Turkish lira is crashing.

How does FATF’s Grey List affect the country’s economy?

What is the reaction of the Turkish people?

Turkish people’s reaction to this is very bad because of the inflation which they are facing. Turkey’s economy is heavily dependent upon imports for producing goods from foods to textiles, so the rise of the dollar against the lira has a direct impact on the price of consumer products.

People are now moving to farms so that the country should not need to import things from other countries. They are trying to avoid eating imported things and want to be independent. As Lira is crashing the young generation is thinking to get out of the country and work somewhere else.

One Turkish Lira is today 5.46 INR 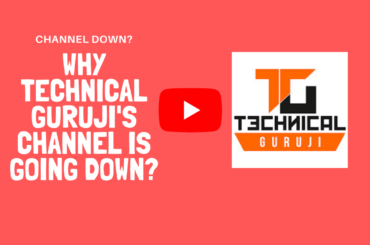 Why Technical Guruji’s Channel is Going Down?